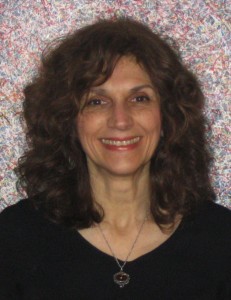 The music of composer Marilyn Shrude is characterized by its warmth and lyricism, rich timbre, multi-layered constructions, and complex blend of tonality and atonality. The result is a bright, shimmering and delicately wrought sound world that is at once both powerful and fragile. Her concentration on color and the natural resonance of spaces, as well as her strong background in Pre-Vatican II liturgical music, give the music its linear, spiritual, and quasi-improvisational qualities.

Shrude received degrees from Alverno College and Northwestern University, where she studied with Alan Stout and M. William Karlins. Among her more prestigious honors are those from the Guggenheim Foundation (2011 Fellow), American Academy of Arts and Letters, Rockefeller Foundation, Chamber Music America/ASCAP, Meet the Composer, Sorel Foundation (Medallion Winner for Choral Music 2011), and the National Endowment for the Arts. She was the first woman to receive the Kennedy Center Friedheim Award for Orchestral Music (1984) and the Cleveland Arts Prize for Music (1998). Her work for saxophone and piano, Renewing the Myth, was the required piece for the 150 participants of the 3rd International Adolphe Sax Concours in Belgium (2002).

Active as a composer, pianist, teacher, and contemporary music advocate, Shrude has consistently promoted American music through her many years as founder and director of the MidAmerican Center for Contemporary Music (1987-99) and as chair of the Department of Musicology/Composition/Theory at Bowling Green State University (1998-2011). She joined the faculty of BGSU in 1977, has served as Visiting Professor of Music at Indiana University, Oberlin Conservatory and Heidelberg College, and was a faculty member and chair of the Composition and Theory Department at the Interlochen Arts Camp (1990-97). She has received four Dean’s Awards for Service and for the Promotion of Contemporary Music on the Campus of BGSU (1994, 1999, 2005, 2011) and a 2008 BGSU Chair/Director Leadership Award. In 2001 she was named a Distinguished Artist Professor of Music. Together with saxophonist, John Sampen, she has premiered, recorded and presented hundreds of works by living composers both in the United States and abroad.